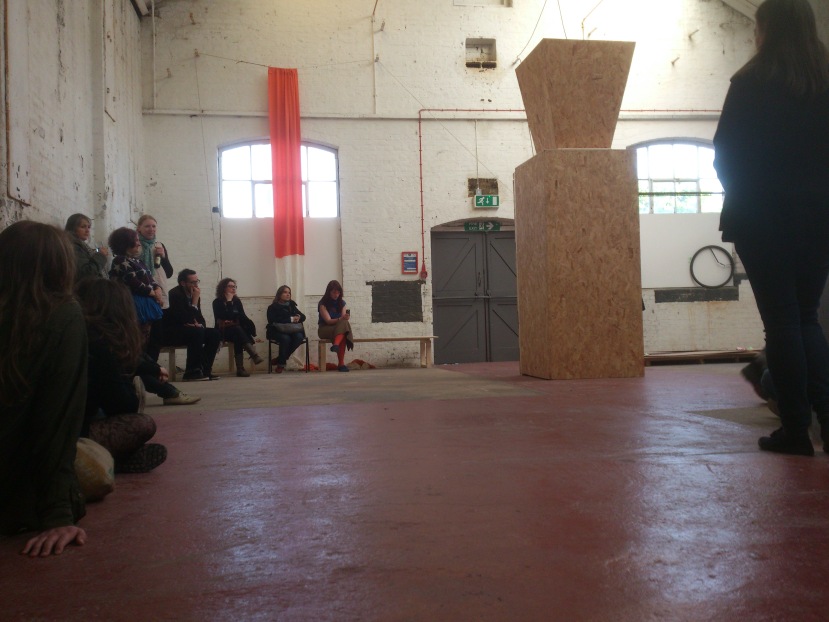 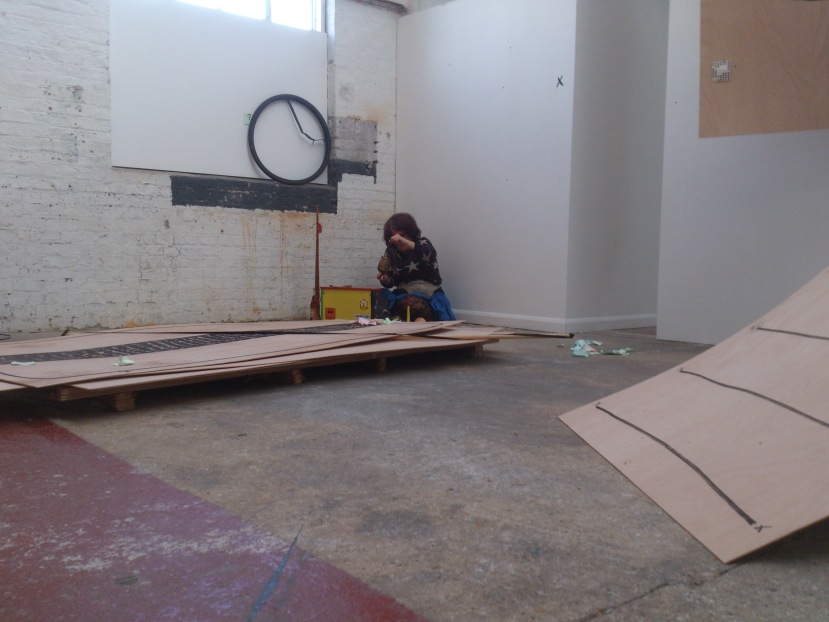 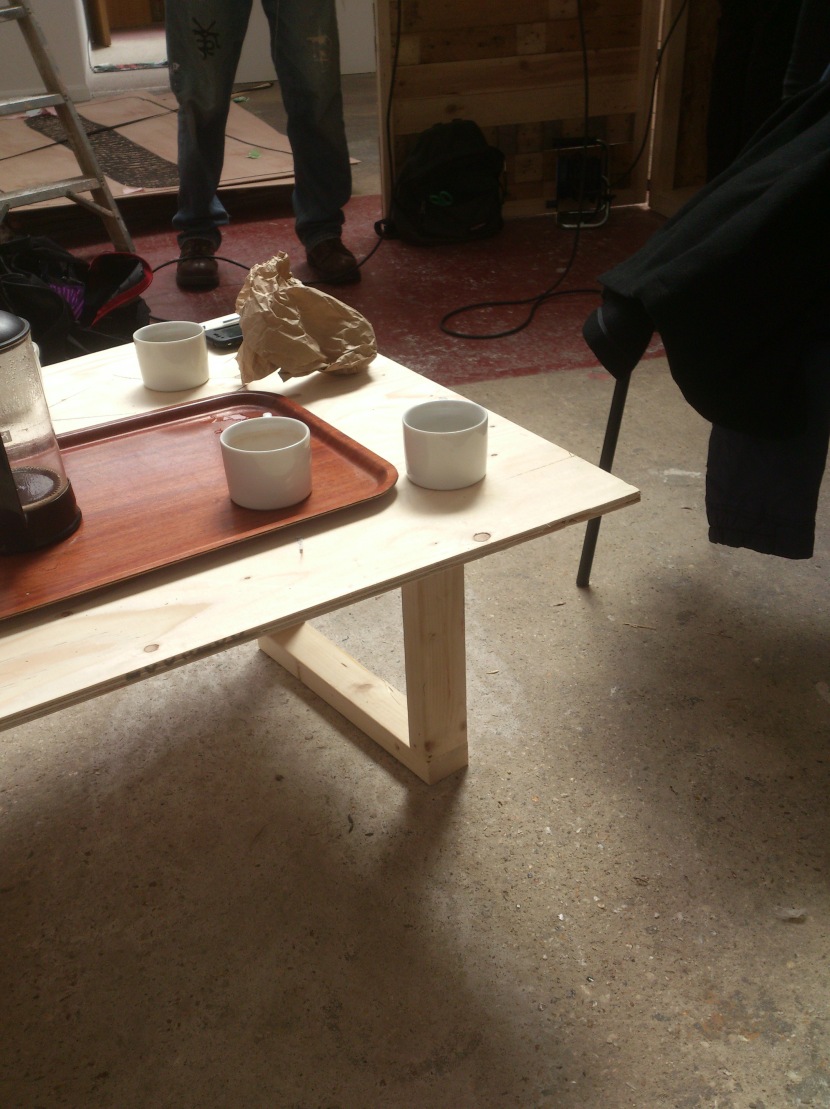 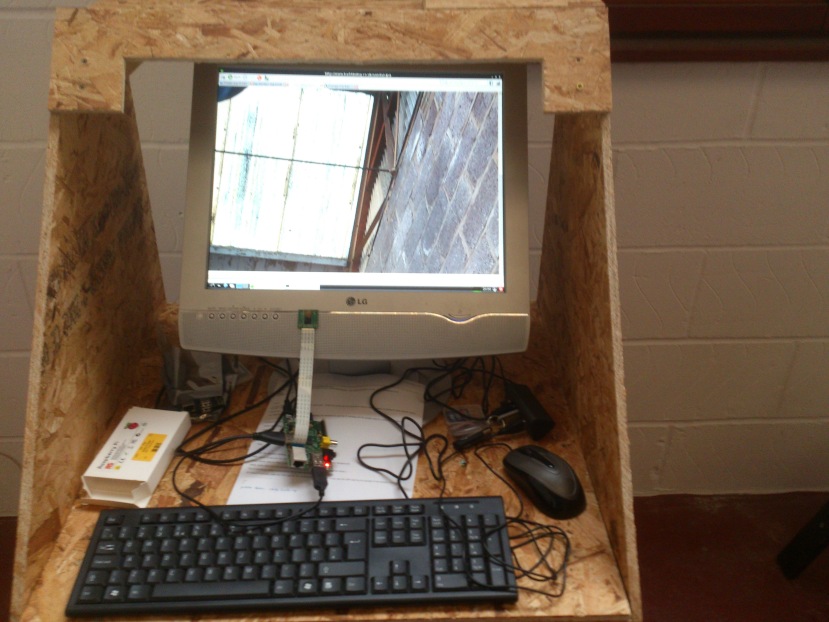 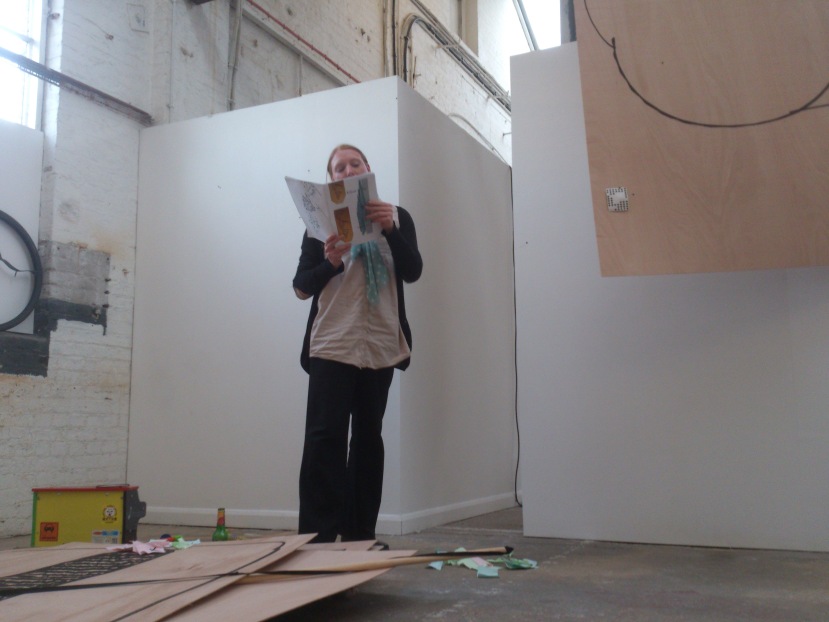 a little late with this final report.

Nicole Bachmann’s recording was finally played in its entirety. This piece had been growing for the duration of the project, with live recordings being made each Saturday with performers being cast from those present in the space.

We had a vigorous and slightly chaotic discussion over lunch in which the problems of multiply identities rose to the surface and all sense of coherence collapsed. Once again we returned to issues of responsibility and communication, someone gets called on being a fascist, at one point or another we all get angry.  One area of discussion involved this review of the previous weeks workshop, again returning to the supposed dichotomy of art being either for itself, or for the audience. We propose that a plural and nebulous reading of the field is more appropriate, phases  and sections of the whole will serve parts which make up each of these groupings regardless of intent. Perhaps indeed these groupings are inconsequential? Perhaps they are of consequence but in a manner that is somewhere between unhelpful and oppressive?

A recording of this discussion is available at archive.org here.

The event folded in on itself with a series of performances beginning AAS draining the drone accumulator, the music of Dolly Dollycore and a reading by Verity Spott.

Proof perhaps that outside the bifurcation that defines ends as either “bang” or “whimper” there rest a third state which involves a sustained roar and a deep sense of unease. 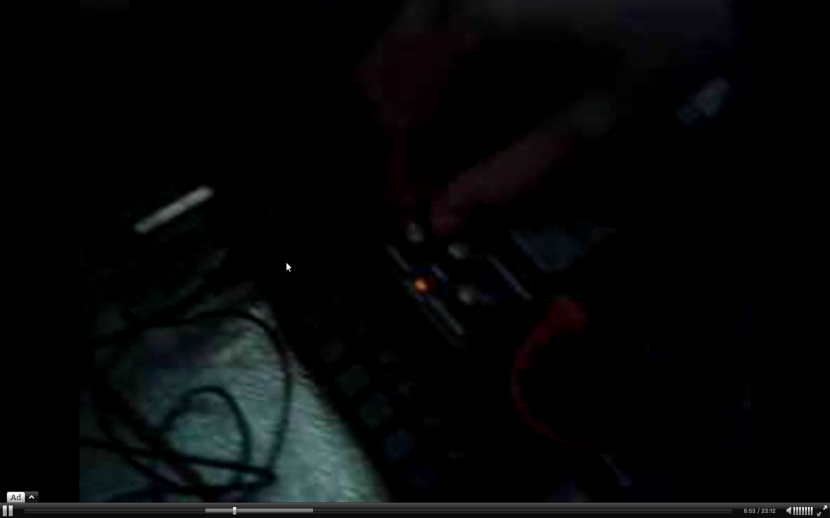 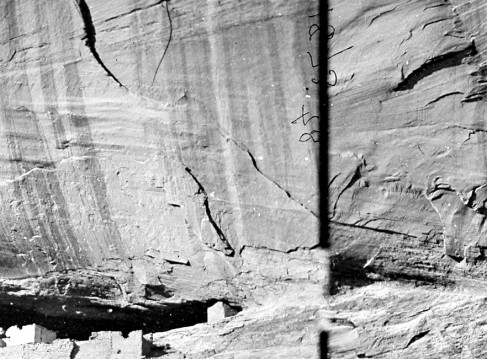 reports, animation, films, more audio, another publication and various other remnants will be forthcoming.